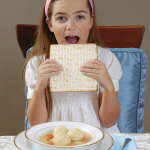 When you hear the phrase “kosher food,” what image comes to your mind? I’ll bet the rent that it’s chicken soup.

Chicken soup has been on my mind lately because it seems that everyone’s sick. According to the Sun, we’re experiencing a ten-year high in flu cases and we’re barely halfway through the season in Toronto.

I tell my sick I’m sorry they’re not feeling well and would they like me to bring over some chicken soup?

Chicken Soup from a Gourmet Perspective

I see the irony: we at Mitzuyan Kosher pride ourselves on gourmet kosher catering and here I am pushing Bubbe’s comfort food.

Chicken soup is actually very effective for reliving some of the misery from colds and flu and all the nasty viruses that fall in between the two. According to the Mayo Clinic, chicken soup has been used to ease congestion “for centuries.” The steam from a hot bowl of soup speeds up the process of getting rid of mucous and calms down immune system cells that cause inflammation. It also soothes your sore throat.

Maimonides (1135-1204) wrote about drinking the broth of hens and other fowl to “neutralize body constitution,” according to MyJewishLearning. The good doctor also recommended it for asthma and leprosy.

I recently read in the New York Times that rhinoviruses thrive when temperatures drop slightly lower than normal body temp. The steam from a hot bowl of soup can literally cook viruses lingering in your nose, which normally cools air when you breathe in, and in your throat if you’re too stuffed up to breathe through your nose.

Finally, most sick people will eat a few spoonfuls of chicken soup or at least drink the broth. That’s saying something; it’s not like eating and drinking is easy or desirable when you’re coughing and/or sneezing every minute or so. The nutrients in the soup will do a world of good for a body that’s probably starting to feel under-nourished and dehydrated.

Here’s my take on chicken soup, with some extras you can add as personal tastes (and health status) allow. I’d really like to hear from you about what you do to make your own kosher gourmet chicken soup!

Start with a cut-up kosher chicken or parts.

Season with salt, pepper, and garlic, which is very good for treating colds! For stronger flavor, add in cumin, rosemary, basil, or paprika. You can also rub olive oil over the parts.

I like to broil boneless chicken breasts for about 10 minutes, turning once or twice to ensure it cooks evenly. Larger parts should broil for 20 – 30 minutes. Take off broiler when the internal temperature reaches 165º. Save the drippings.

Let cool and cut or shred for soup.

Bring about two quarts of water and the drippings to a boil.

Lower the flame and add the chicken. Add any combination of these chicken soup standards:

Cook for about for about 20 minutes at a low boil. Let it cool a bit before serving.

The traditional way to prepare chicken is to boil everything in a pot of water. There’s nothing wrong with this, although I find this method cancels the seasonings in pre-cooked chicken. The steam and aroma, though, can be very relaxing, particularly if you’re fighting off a cold yourself.

As with any home-cooked soups or stews, taste along the way and add in spices and seasonings as needed!